In South Africa we hunt all year round, however, the best period is March - October, when the climate is nice and mild. Most hunting is done on privately owned land, but from time to time hunts are done on Government Reserves. International hunters have come to expect excellent trophy quality and great camps and we have some of the finest hunting areas that will suit the needs of hunters of all ages and levels of experience.

Hunting is done in the traditional spot and stalk, but we do make use of blinds from time to time. Knowledgeable guides attuned to your every requirement, trackers with years of experience and the best skinners to prepare your trophies to capture that unforgettable African memory in each animal.

The hunter should be acquainted and comfortable with his/her rifle. The correct rifle and calibre selection are very important. A minimum of .375 is required on Big game by South African law.
"If I have ever seen Magic, it Has Been in Africa" - J. Hemingway

Trophy Hunting
Before the commencement of any hunt, you will be able to check the accuracy of your rifle at the rifle range. The rifle is sighted in from a static shooting table with an armrest and/or from shooting sticks. Only when we/you are satisfied with your shooting and your level of confidence, will we proceed with the hunt.

Game is usually spotted from the hunting vehicle during the early morning or late afternoon or from high vantage points. The style of hunting will depend on the animal being hunted and in what area (Free State, Limpopo, Kwa-Zulu Natal, Northern Cape, Eastern Cape and North-West Province) of South Africa the Safari is taking place. It is advisable that the hunter is in a reasonable physical condition and a reasonable shot as these factors always influence the outcome of the hunt. Shots vary from 50-250 yards, but we will never have a client take a shot that he/she is not comfortable with.

Hunts vary from 7-21 day Safaris, but we recommend a 10 day Safari.
What caliber rifle should I bring on an Africa hunting safari?
This is one of the most frequently asked questions we get. The answer is that you should bring the rifle that you shoot the best with, as long as it meets the minimum legal standards for the country and game you are hunting. In general though, for plains game, any rifle above .270 calibre will do fine as long as you use the best quality bullets available. For the .270, I would lean toward the heavier end of the bullet weights available. If you have a 300 Magnum of any type from 300 WSM to 300 Dakota that would be preferable on plains game; however, if you don't shoot it, well don't bring it to Africa! What sense does it make to bring a rifle on a once in a lifetime trip if you hate to shoot it?

For dangerous games such as Elephant, Rhino, Buffalo, Hippo and Lion most countries require a .375 calibre at a minimum. The bottom line on rifles is that if a bullet is well placed, it will be effective. If an animal is poorly shot, no matter how big the bullet is, it will never make up for a bad hit. Best advice on this topic no matter what calibre rifle you choose for Africa, is to go to the range and shoot as much as possible.

Don't go "over gunned." Anything from a .270 to a .300 Magnum will suffice for African plains game. Bring a rifle that you like to shoot, and practice with it out to 200 yards. If you can consistently hit a 10-inch circle at 200 yards you are ready. Remember that shots can be from 20 - 250 yards, so practice.

If you are going to be pursuing any of Africa's larger animals or dangerous game use a .375 H&H calibre rifle or larger. Make sure you practice with it. If you are recoil sensitive get a rifle with a muzzle brake and a mercury recoil reducer. There is no sense in hunting with a rifle that you are more afraid of than the game you are going to pursue. You donï¿½t need to run out and buy a new rifle unless you really want one. Plan on bringing a maximum of two sporting rifles into South Africa.
How much and what type of ammunition should I bring?
The airlines restrict how much ammunition you can carry by weight.  You are allowed by South African law to bring in 200 rounds per firearm (As long as the total weight of the ammo does not exceed 11 lbs). Most hunters bring 60 to 80 rounds of ammunition.  The best bullets we have seen are Premium type ammunition loaded with Barnes X, Swift A-Frame or Nosler Partition bullets.

We recommend you shoot a 150-180 grain bullet, whichever your rifle shoots most accurately.
What type of shooting practice should I do to get ready for my safari?
Make sure your rifle is shooting consistently and accurately with the ammunition you choose.  If it's not, get different ammunition.  The number one rule for practising after that is: GET OFF THE BENCH!  Go to your deer lease or find a rifle range that will allow you to practice OFF THE BENCH.  Shoot from the sitting and kneeling positions.  Shoot off a tree limb or a tree trunk.  Get a good pair of shooting sticks and shoot from those.  The biggest challenge is getting your scope on the target and getting the shot off quickly.  Many trophies have gotten away because a hunter waits more than 2 to 3 seconds getting everything perfect before they shoot.  These trophies don't get big and old by standing around looking at you aiming at them.  The best way to help yourself is to make sure your rifle fits well; your rifle is shooting accurately and learn to shoot very quickly after the crosshairs are in place.
How long will the shots be?
Most of your shots will be 150 yards or less.  It doesn't always work that way, and longer shots are taken, but typically, 150 yards or less is the normal shot.  It's best if you know where your bullet will strike at 50, 100, 150 and 200 yards.  We work very hard to keep all shots to 100 yards or less as we donï¿½t want to spend your valuable hunting time chasing a wounded animal through the bush.  The most important part of shooting here is, is that many of the shots come quickly so itï¿½s important to be able to put your face on your rifle, look down the scope and acquire the target and shoot accurately within 2 to 3 seconds.  The trophy animals here havenï¿½t survived by standing around.
What kind of gun case should I ship my gun in?
Your gun should be packed in a crash-resistant plastic or metal case that locks.  Don't use the plastic case that's on sale at the end of hunting season for $19.95.  In the US, you will need to make sure you get to the airport early enough to have your gun inspected by TSA before it is placed on the aeroplane. Call your airline about details of packing guns and bullets.  They are the final word. Also packed good quality soft cases to transport your gun between hunting areas.
How do I ship my ammunition?
Your ammunition needs to be packed in a lock-box and separate from your rifles. The lock-box and the ammunition together cannot exceed 11 pounds/5 kilograms. You can only import 200 rounds of ammunition for the calibre of rifle you are importing, and most importantly, your ammunition AND lock-box cannot exceed 11 pounds/5 kilograms.

You are NOT ALLOWED to import ammunition that does not match the calibre of the rifle you are importing!! 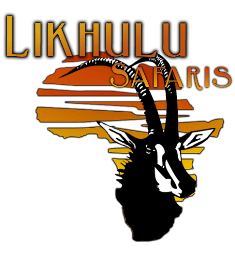